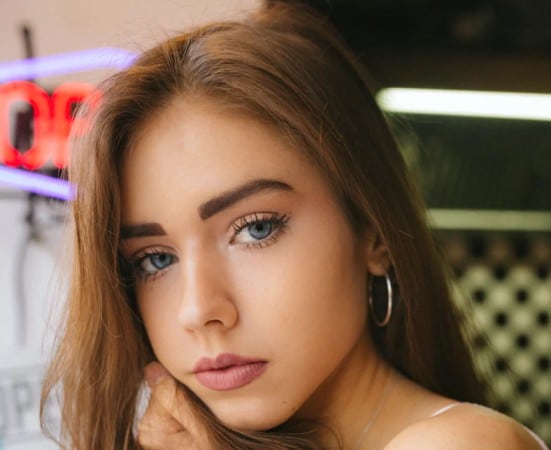 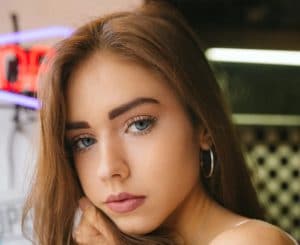 The upper third of the face beginning at the eyebrow and extending to the hairline can also show signs of aging. The central portion of the brow between the eyebrows usually does not fall. This is because the underlying muscle is attached to the bone. From the mid-pupil laterally or toward the side of the eye the tissue can droop. Therefore a lateral or lifting of this area is referred to as the lateral brow lift or the temporal lift.

Depending upon the hairline the incision can be either within the hair or just in front of it. A three or four-inch incision is made after local anesthesia is infiltrated. The section begins down through the skin. Then the subcutaneous tissue and the covering of the muscle. This dissection is carried down to the upper orbital rim. The bone this tissue is in is advanced and excised. This is essentially the lateral brow lift or temporal lift.

If the patient wishes to eliminate or reduce the wrinkles of the forehead in the muscles causing them as well as reduce the need for Botox between the eyebrows then an incision across the top of the head as well as the previously mentioned incisions can be made. This will allow elevation of the central forehead. Also, a reduction of the forehead muscles in the muscle between the eyebrows.

There are threads called PDO threads which stand for a very long chemical name. These can give the temporary elevation of this area. However, I emphasize temporary. If placed properly a noticeable improvement can be achieved, but as these threads dissolve the improvement will be lost.

The lateral brow lift over time should heal well with a relatively inconspicuous scar. In men who have minimal hair or a receding hairline, a direct excision over the eyebrow can also be used. This is provided they are willing to accept the location of the permanent scar above the eyebrow.

This site uses Akismet to reduce spam. Learn how your comment data is processed.

At celebrities choice cosmetic surgery we offer you a very unique experience. Plastic surgery has become almost an essential part of our lives for some. Living longer, living better and looking our best has become an essential component of modern times. When you have made a choice to be your best in all things that you do you become a celebrity in your own life. Here- at Celebrities Choice- we urge you to make that choice—to be your best. We honor ,embrace and celebrate that. When you step through our door you embark on a very unique journey.