In response to his lectures and publications, Dr. Trevisani has been the recipient of the Physician’s Recognition Award for Continuing Medical Education by the American Medical Association. Dr. Thomas P. Trevisani’s private practice has been successfully performing plastic and reconstructive surgery in the Orlando area since 1981. Dr. Thomas P. Trevisani is one of the most experienced cosmetic surgeons in the country. 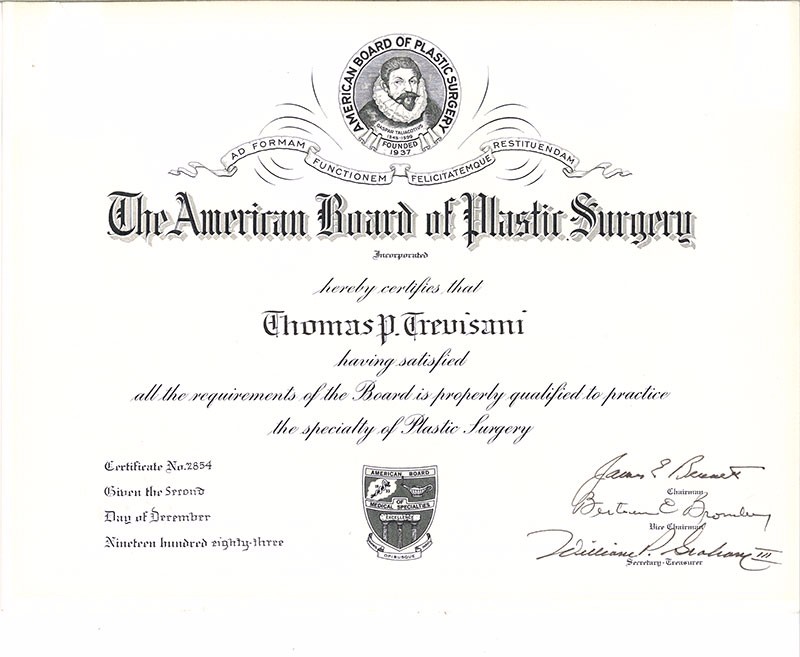 Dr Thomas Trevisani Over 30 years in the industry